THE QUEST FOR THE TRUTH BEGINS - epic fantasy

While it first appeared in 2016, it was only last fall when I read Illusional Reality, volume one of Karina Kantas’s then in progress “duology.” Now, volume two, The Quest, is here and I’m more on target in terms of timing.

First, I freely admit I liked The Quest much more than its predecessor. It carries on the story of Princess Thya of the magical land called Tsinia. Like book one, the story opens with the princess living on our earth using the name Haty. This time around, she knows prophecy says her people will reach out for her again, asking her to return to their realm as their defender and protector.  Now, Thya thinks her main sacrifice may be leaving Alex, her son back on earth and taking the reluctant throne of her people without him.

After this setup, the story is very different from the plot of Illusional Reality. Thya remains a stubborn, willful, strong-minded—often to the extreme—heroine who sets out with a small company of companions to take on the dark forces of evil. Sound a bit like Tolkein’s Ring series? Part of their journey takes the party through a harsh desert populated by sandworms. Sound a bit like Frank Herbert’s Arrakis? Well, only for a few passages.

Thya and her companions encounter a series of vividly described obstacles, monsters, alien species, and Thya’s strange, double-edged powers that seem to wax and wane as she tries to control a dark side to them. In short, there’s a lot going on in the journey to save Thya’s people, a populace currently living in caves after being chased from their homes while their Princess lived peacefully in England.

Fortunately, readers don’t need to have read Illusional Reality to jump into and fully understand what’s going on in The Quest. In the first chapters of the fast-paced yarn, Kantas fully lays out what happened in her first book for new readers. More fantasy than sci-fi—by miles—The Quest should appeal to readers who like their settings and characters vividly described with well-developed flaws and motivations.

Readers who like strong female protagonist should especially like meeting the complex and often conflicted Princess Thya. In addition, The Quest seems a perfect YA novel as I often found myself thinking back to the L. Sprague De Camp and Andre Norton adventures I enjoyed when I was YA myself.
Nothing profound here, nothing preachy. Lots of the fantasy tropes young readers enjoy these days with a nice layer of romance to boot. 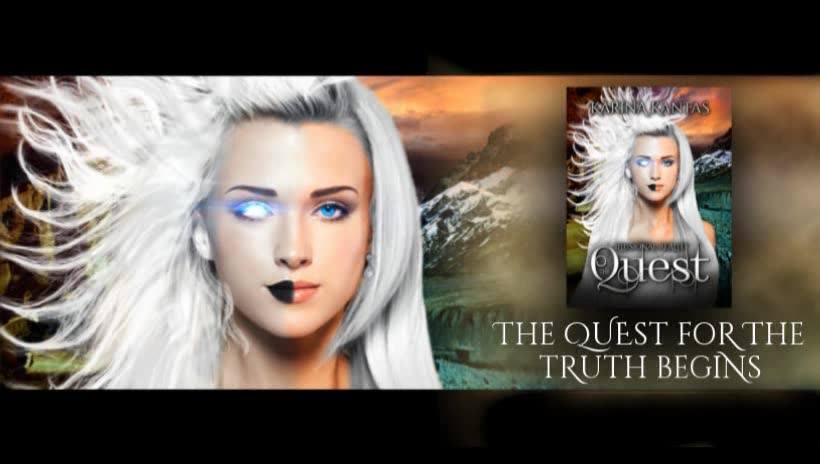